Archive for category: News and Events

You are here: Home1 / News and Events 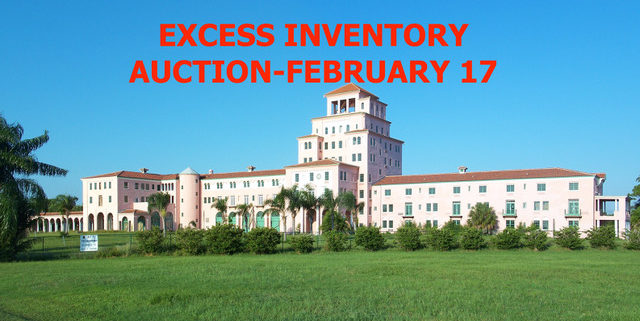 Auctioneer Martin Higgenbotham, with Higgenbotham Auctioneers International, LTD, INC., goes through a listing and asks for bids while auctioning off numerous properties during a public auction held at Hilton Garden Inn, located in Uniontown on Thursday, May 19, 2016. The properties were purchased over a a decade ago, after businessman Joe Hardy was elected a Fayette County commissioner, he bought numerous properties in Uniontown as part of the “George C. Marshall Plan II,” his multimillion-dollar  downtown revitalization initiative.

Bidders on Thursday plunked down nearly a half-million dollars to lay claim to seven commercial buildings in downtown Uniontown, most of which were once part of a self­ made multi-millionaire’s plan to revitalize the city. Commercial Center Associates, a real estate development company owned by 84 Lumber founder Joe Hardy, had Higgenbotham Auctioneers International of Florida sell the properties. Bethany Cypher, chief operating officer for Commercial Center Associates, on Wednesday said Hardy wanted to unload the parcels so others can make a run at filling them with retail outlets and offices.

“He’s 93,” Cypher said. “He’s trying to pass on the torch of Uniontown, to see if other young entrepreneurs can give a go at the same type of thing he did…

Overbrook Eclectic Collection To Be Auctioned!

“If it had wheels, he loved it,” Maas said recently, as auctioneer Marty Higgenbotham, of Lakeland, Fla.-based Higgenbotham Auctioneers International, and others worked to prepare Slagle’s estate for an auction that will take place Oct. 30-31.

Slagle, a retired union plumber and World War II veteran, purchased a 20-acre farm a few miles east of Overbrook in 1985 and moved there from Lawrence. After moving to his farm, he continued buying and bartering for vehicles, machinery and other items, Maas recalled, and continued to add extensions and build to have places to put things.

Though Slagle died at age 91 in August 2014 and for the last year or so lived with Maas and her husband, she said, he had formerly worked on his vast collection daily. “He had a plan every day when he got up,” she said. “He ate his breakfast, and he could tell you exactly what he was going to do that day — what vehicle he was working on, he was going to pull tires or wheels off, or pull an engine — and he would do all that by himself.”

Higgenbotham, who has been in the auction business for 56 years, says he has never seen a collection as “eclectic” as Slagle’s. “Most collectors that we deal with usually have a focus,” he said, such as automobiles, tractors or early trucks. “This gentleman, he liked anything with wheels.”

By Samantha Foster
cjonline.com
May 27, 2016/by Laura Slocumb
https://higgenbotham.com/wp-content/uploads/2016/03/Higgenbotham-Auctioneers-International-Logo.png 0 0 Laura Slocumb https://higgenbotham.com/wp-content/uploads/2016/03/Higgenbotham-Auctioneers-International-Logo.png Laura Slocumb2016-05-27 10:06:192016-05-27 10:11:07Overbrook Eclectic Collection To Be Auctioned!
Check out the July Column from our Auctioneer, Donald Kirkland! This month’s article from Central Florida AgNews (CFAN) is part one of a series to educate bidders on how to make the best return on their auction dollaring. By Paula Blackwelder, Correspondent for The Lakeland Ledger

Since 1958, Lakeland’s Higgenbotham Auctioneers has been auctioning off everything from commercial real-estate to live animals, both in the United States and abroad.

The saying, “You never know what you’re going to get,” could not be truer than in the instance of being an auctioneer.

“We sold the entire city of White City, New Mexico,” said Marty Higgenbotham, founder of Higgenbotham Auctioneers, at 3816 Industry Blvd., in Lakeland. “The city had been chartered by a family, and when it got to the third generation, only one family member wanted to work in the town. With none of the other family members stepping up to the plate, he sold it.”

Higgenbotham said the contents of the town, located at the entrance to Carlsbad Caverns, included a gas station, countless business buildings and a five-story museum with an extensive collection of goods.

“That entire auction took four days,” he said. “We sold everything in the museum, from guns to dolls.”

Donald Kirkland has been working with Higgenbotham Auctioneers for 22 years and said that the company also handles out-parcel property sales for Wal-Mart and real estate on islands.

He said one auction that stands out for him was when the Polk County-based auctioneers ventured to Arizona to auction off the former estate of U.S. Presidential candidate, John McCain, but his favorite types of auctions are for charities.

“We’ve been doing an auction at the Lakeland Center for the March of Dimes for more than 20 years. We also do the Wild Game Feast for the South Lakeland Rotary Club, Ducks Unlimited, Wild Turkey Federation, Lighthouse Ministries and a lot more,” Kirkland said. “It’s just countless. Between Marty and me, we do 60-70 charities per year. It is such a blessing to do something that you enjoy that helps other people.”

Jackie Summerlin, director of the Polk County Youth Fair, noted that the county agency could not operate without Higgenbotham, because the state government no longer supports it financially.

“He provides the services and gets as much money as he can for these kids and brings people with him. If we need to earn some extra money for something, he helps. He does it all from the goodness of his heart and he also does his own fundraiser for the Youth Fair,” Summerlin said.

“He’s an extremely good influence on these kids. He’s always been there,” she added. “He’s extremely ethical, and he always says a prayer before each auction.”

Higgenbotham recalled a time at the Youth Fair when a student was killed in an automobile accident on the way there. “Another student brought his hog into the ring, and we sold that pig for $12 a pound, then raised several thousands more in add-ons. I really see that we honestly do something, and to me that is real charity. That is the most touching sale I do every year. Nothing else comes close.”

Higgenbotham Auctioneers International (HAI) is pleased to announce the upcoming auction of A-Plus Auctions & Mini-Mall of Cocoa, FL. This sale will take place on Saturday, September 13th, 2014 at 10:00 am EST. The auction will be held live, on-site at the A-Plus Auction facility located at 3465 N US HWY 1, Cocoa, FL 32926. The public is welcome.

This is a great opportunity for a new investor/ operator. A-Plus Auction & Mini-Mall is a well established, TURNKEY operation. This sale will include the business,including a 6,250+/- SF commercial building on 1.40+/- acre lot with permanent road signage, parking lot lighting, as well as rental income from the adjacent auto repair shop.

Full terms of sale and additional property information can be found by visiting us at higgenbotham.com, or by calling 800-257-4161. We look forward to seeing you on Auction Day!